Mixing continues for our new double album, “Description of a Flame”. Last week we paid a visit to Sydenham Woods with photographer Robin Prime. 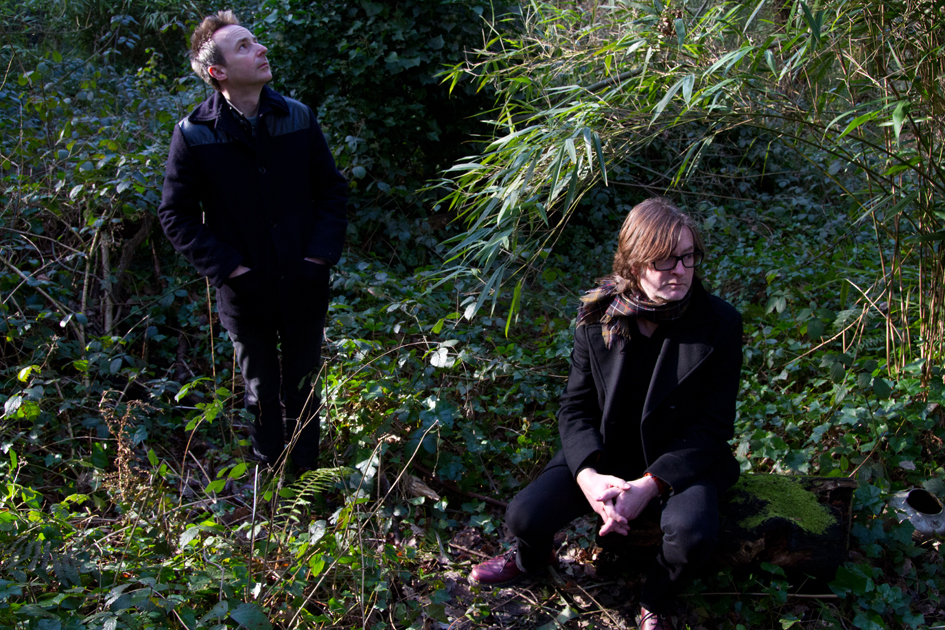 On 8th July 2014 we improvised a live soundtrack to an experimental film by Robin Prime at Sonic Imperfections, an experimental music night at The Montague Arms in London SE15. This is a short extract.

An amazing three days in Birmingham rehearsing and performing in Rhys Chatham’s “A Secret Rose”. The performance at Birmingham Town Hall on 7th June 2014 was a resounding success.

Photos by Inès Elsa and @thirdearmusic 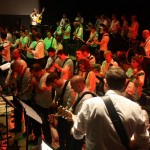 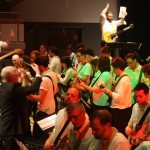 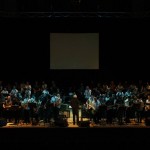 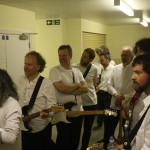 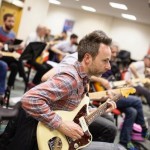 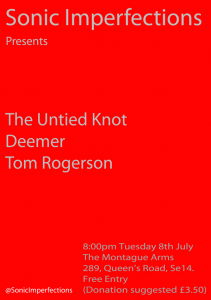 We will be playing at The Montague Arms, 289 Queens Road, London SE15 2PA on Tuesday July 8th as part of the second monthly Sonic Imperfections night. Onstage 21.30.

Also on the bill, the enigmatic sax, percussion, electronics duo Deemer and Tom Rogerson of math/prog adventurers Three Trapped Tigers with a set of live electronics.

We are excited to announce that Nigel will be one of the guitarists performing Rhys Chatham’s “A Secret Rose” at Birmingham Town Hall on Saturday, 7th June 2014.

“A Secret Rose” is a piece for 100 electric guitars accompanied by live projections in the magnificent setting of Birmingham’s Town Hall.

Rhys Chatham is a composer, guitarist and trumpet player who altered the DNA of rock by fusing the overtone drenched minimalism of the early 60s with the relentless, elemental fury of the Ramones — the textural intricacies of the avant-garde colliding with the visceral punch of electric guitar-slinging punk rock.
He has worked with many of the key figures of minimalism and experimental rock including Philip Glass, Steve Reich, La Monte Young, Tony Conrad, Glenn Branca, Fred Frith, Robert Fripp, Arto Lindsay and Thurston Moore. 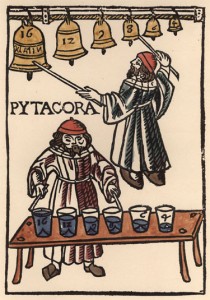 We have been recording since the start of 2014 with a view to getting a new album out this year. Sessions have mostly taken place at home but we will also be spending some time in a London recording studio in the very near future. More updates will follow…

Our next live appearance will be the Sonic Imperfections night at The Montague Arms, 289 Queens Road, London SE15 2PA on July 8th. Full details shortly.

A new live date – we are playing at Matthews Yard in Croydon on Thursday 3rd October as part of the Croydon Oxjam Festival. Time will be confirmed shortly. 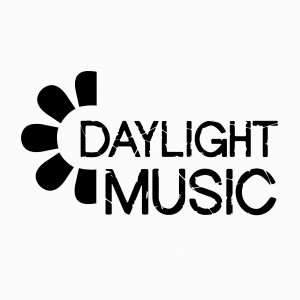 Our next live appearance will be at the beautiful Union Chapel in Islington courtesy of Arctic Circle’s Daylight Music series on Saturday 27th July 2013.

The event runs from 12 mid-day until 2pm also featuring Abi Wade and Future Band.
Entry is free although you may consider giving a small donation to put towards the running costs and expenses.

Daylight music has featured in Time Out – 101 Things To Do in London & The Rough Guide to Make the Most of Your Time in Britain and the Union Chapel was voted  Time Out’s Venue of the Year.